The Different Types of Taxes in Mexico

Tax is an obligation paid by individuals, companies, associations of persons (AOP), and other entities which the tax authorities are deemed to select for paying Tax.

Every country has its own taxation system. Similarly, Mexico has three main types of taxes, which are generally levied on taxpayers – individuals and entities.

In this article, you will get to know about the different types of taxes that are usually levied on the taxpayers.

Types of Taxes in Mexico

The following are the main three types of taxes paid by individuals and entities to the revenue and tax authorities of Mexico:

Federal Tax is further divided into three different taxes, which includes the followings:

Income Tax is the Tax that is levied on the income of the individual and entities, except for donations and inheritances. It is a direct tax because it is directly applied to an individual’s income or an entity.

The rate of ISR is not fixed because it varies between 30% for entities and up to 35% for individuals.

The Income tax is levied on the resident individuals of Mexico and legal entities and all those individuals who are residing abroad but receive Income from Mexico.

Value Added Tax (IVA) is a type of indirect Tax which is transferred or collected by a third person.

For example, when you buy a product from a supermarket, you pay a certain amount of Tax on that product. You do not pay that Tax directly to the revenue or tax authority; instead, the supermarket owners pay that Tax on your behalf (which is generally called “Sales Tax”).

The general rate of 16% is levied for the whole country, with the exception of border cities. The rates for border cities will be different, including 8%, 0%, and non-taxable.

The Value Added Tax (IVA) is applicable to everyone across the country.

This is a special tax that is levied on the sale or import of gasoline, beer, beverages, and tobacco.

It also includes the Tax covered by the producers, manufacturers, or importers of diesel or gasoline.

As the name indicates, the State Tax is applicable to each state and doesn’t transfer to any other state of Mexico. In simple terms, every state of Mexico has its own State Tax.

For example, the Tax on vehicle ownership is applicable in some states and not applicable to others.

The most common examples of State Tax include the followings:

The City Tax or Municipal Tax includes the Property tax and Tax levied on the acquisition of property or transfer of Domain.

The taxes mentioned above are the main three types of taxes. However, each of these main taxes is further divided into different taxes like Federal Tax is divided into ISR, IVA, IEPS Tax.

The rates for every Tax are different due to certain conditions that need to be fulfilled, like an individual or entity (resident or non-resident).

Got questions? Contact us today to learn how our certified accounting team can manage your personal and business taxes and accounting obligations in Mexico. 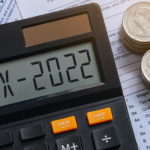 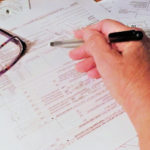 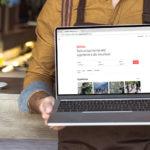